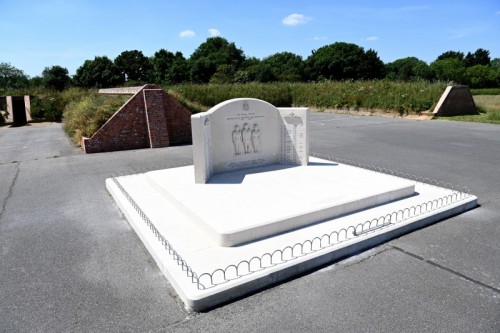 A £1.2 million restoration of a London World War II airfield which defended the capital from Nazi invasion is complete.

Kenley Airfield, in the London Borough of Croydon, was a station of the Royal Flying Corps in the First World War, and the Royal Air Force (RAF) in the Second World War.

It played a vital role during the Battle of Britain when it was tasked with the defence of London against the Luftwaffe.

During the First World War, Kenley was an Air Acceptance Park, where aircraft components were assembled and test flown before being ferried to operational squadrons.

A partnership between the City of London Corporation, Kenley Airfield Friends Group, and Historic England, the Kenley Revival Project began in 2016.

The project, which is already attracting over 200,000 visits a year, helps people learn about the war heritage of the airfield.

Over 19,000 people - including 7,430 school pupils - have been involved so far, with education officers teaching about the crucial role it played in wartime, through a programme of school visits and events.

The £1.2m scheme was funded thanks to a £881,000 grant from The National Lottery Heritage Fund alongside £100,000 from the City Corporation, with the remainder funded by Historic England and contributions from the local community.

Over 200 people were able to get hands-on with community archaeology digs that uncovered gun emplacements, a dispersal hut, a data plate from a Junkers JU88 bomber, pottery fragments, and American canteen cup – all dating from WWII.

"This project has connected a whole new audience with the incredible story of the site, in a time when our country’s future lay in the balance.

“Kenley Airfield played a crucial role in winning the Battle of Britain and stopping a Nazi invasion in 1940.

“The restoration is a fitting monument to the sacrifice of the heroes who served and died there.

“We are proud to re-connect the airfield’s important history so that their memories are preserved forever.”

“We are delighted that Kenley Airfield has reopened following a six year restoration project. It is an integral part of the history and heritage connected to World War II and also the community in Croydon.

“Thanks to money raised by National Lottery players, this heritage is now protected and will enable more people to connect and learn about the vital role Kenley Airfield played in the Battle of Britain.

“We are delighted that so many people have engaged with the history and importance of the airfield through this project.

“We are proud to have been a partner and hope the long term legacy of the project is to inspire more visitors and conservation at Kenley and other historic airfields.”

The site includes The Kenley Tribute [pictured] which commemorates all who served here between 1917 and 1959 both on the ground and in the air. The white Portland stone takes the form of an open book whose pages list the number of each squadron stationed at the site. The figures on the central panel represent the ground staff, aircrew and women personnel who played such an important role in the defence of Britain.

The City Corporation protects over 11,000 acres of open space across London and south east England – including Hampstead Heath and Epping Forest – and over 200 smaller ones in the Square Mile, investing over £38m a year.

It manages Kenley Common, which surrounds Kenley Airfield, as a registered charity.

Kenley Common is recognised as a Site of Importance for Nature Conservation for its grassland habitats and is part of the South London Downs National Nature Reserve.

Kenley Airfield is owned by the Ministry of Defence.

About the City of London Corporation

They are managed by the City Corporation as four registered charities.

They rely on the public for income and donations to protect 800 hectares of outstanding environments attracting 2.5 million visits a year.

The sites receive more than £2.5m from the City Corporation to protect The Commons which stretch from Burnham Beeches and Stoke Common in Buckinghamshire to the borders of South London, Croydon and Surrey.

About The National Lottery Heritage Fund

Using money raised by the National Lottery, we Inspire, lead and resource the UK’s heritage to create positive and lasting change for people and communities, now and in the future. www.heritagefund.org.uk.

We are Historic England the public body that helps people care for, enjoy and celebrate England’s spectacular historic environment, from beaches and battlefields to parks and pie shops. We protect, champion and save the places that define who we are and where we’ve come from as a nation. We care passionately about the stories these places tell, the ideas they represent and the people who live, work and play among them. Working with communities and specialists we share our passion, knowledge and skills to inspire interest, care and conservation, so everyone can keep enjoying and looking after the history that surrounds us all. We fundraise from individuals, charitable trusts and foundations and public sector bodies to enable us to deliver those aspects of our work that are not funded by our Government grant.