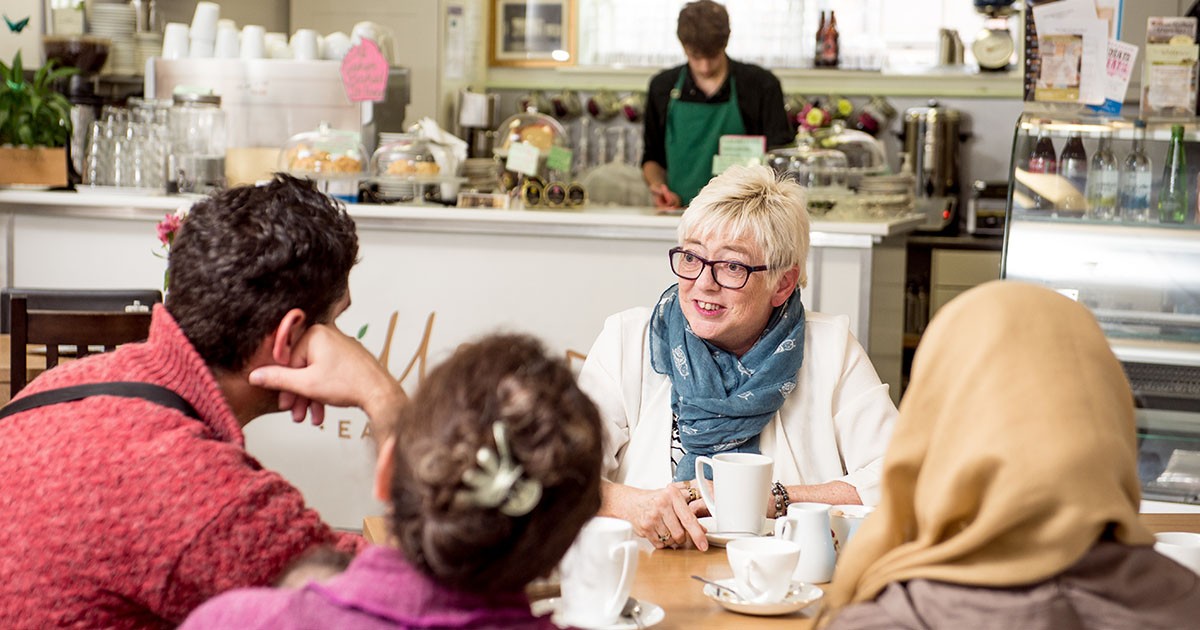 A charity looking to change the lives of refugees who face extreme poverty and homelessness whilst seeking asylum has received a £165k grant towards its Asylum Crisis Project.

The City of London Corporation’s charitable funder, City Bridge Trust, has given £126,000 to Refugee Action, based in Westminster, to help impoverished asylum seekers across London.

The project aims to prevent vulnerable individuals and families from living on the streets by offering support with the process of seeking asylum. Working with organisations supporting refugees and asylum seekers, the project co-ordinator and 10 volunteers will run outreach drop-in sessions offering advice.

Established in 1981, Refugee Action has become one of the leading national charities working to enable refugees and asylum seekers to build new lives.

Refugee Action believes that the pressure on advice and legal aid budgets for most immigration cases means that vulnerable people are being refused support with few other options for help.

“The project is doing vitally important work having already helped 89 individuals and families last year. Volunteers are trained on specialist asylum support issues and are providing invaluable help, steering refugees through what can sometimes be a long and difficult process. It is great that we are able to support such a worthwhile project which is already changing lives.

“Refugee Action is delighted to receive a grant from City Bridge Trust to continue and develop our Asylum Crisis project in London. This funding will enable vulnerable people seeking asylum to escape destitution, through early access to legal advice whilst at the same time building support capacity within communities across London. The Project Co-ordinator of Asylum Crisis and a team of highly skilled volunteers, some of whom are refugees themselves, will assess refused asylum seekers’ support entitlements, apply for support, and appeal against unlawful refusals of support.

“The most vulnerable people will be prioritised, including those with mental and physical health conditions, families, lone parents, torture and domestic violence survivors. People reach us through outreach advice sessions at community day centres and in response to referrals from a wide range of organisations.”

City Bridge Trust is London’s biggest independent grant giver, making grants of £20 million a year to tackle disadvantage across the capital. The Trust has awarded around 7,500 grants totalling over £360 million since it first began in 1995. It helps achieve the Corporation’s aim of changing the lives of hundreds of thousands of Londoners.

Mr K, 28-years- old and from Iran, was referred by the local homeless shelter ‘No Second Night Out’. He had been sleeping rough for the previous eight months, unable to access public housing due to his immigration status. He was unwell, frightened and confused. No Second Night Out asked Refugee Action to help Mr K apply for Home Office housing and financial assistance or asylum support. The Asylum Crisis team discovered that he could not access asylum support as he had no pending claim for asylum with the Home Office and that he had exhausted all his rights for appeal.

First Refugee Action referred Mr K to their Street Legal Project for immigration advice to review his case and identify if he had grounds to submit a fresh claim for asylum. The Street Legal Immigration Advisor confirmed that he did have grounds for a new claim and helped him to apply. Initially the Home Office stated that Mr K was ineligible for support and refused Mr K’s application but this decision was appealed at the Asylum Support Tribunal. Mr K’s appeal was successful and he was granted accommodation and financial support on the same day. Mr K is now being accommodated in a shared accommodation with other two young men and he is very happy.