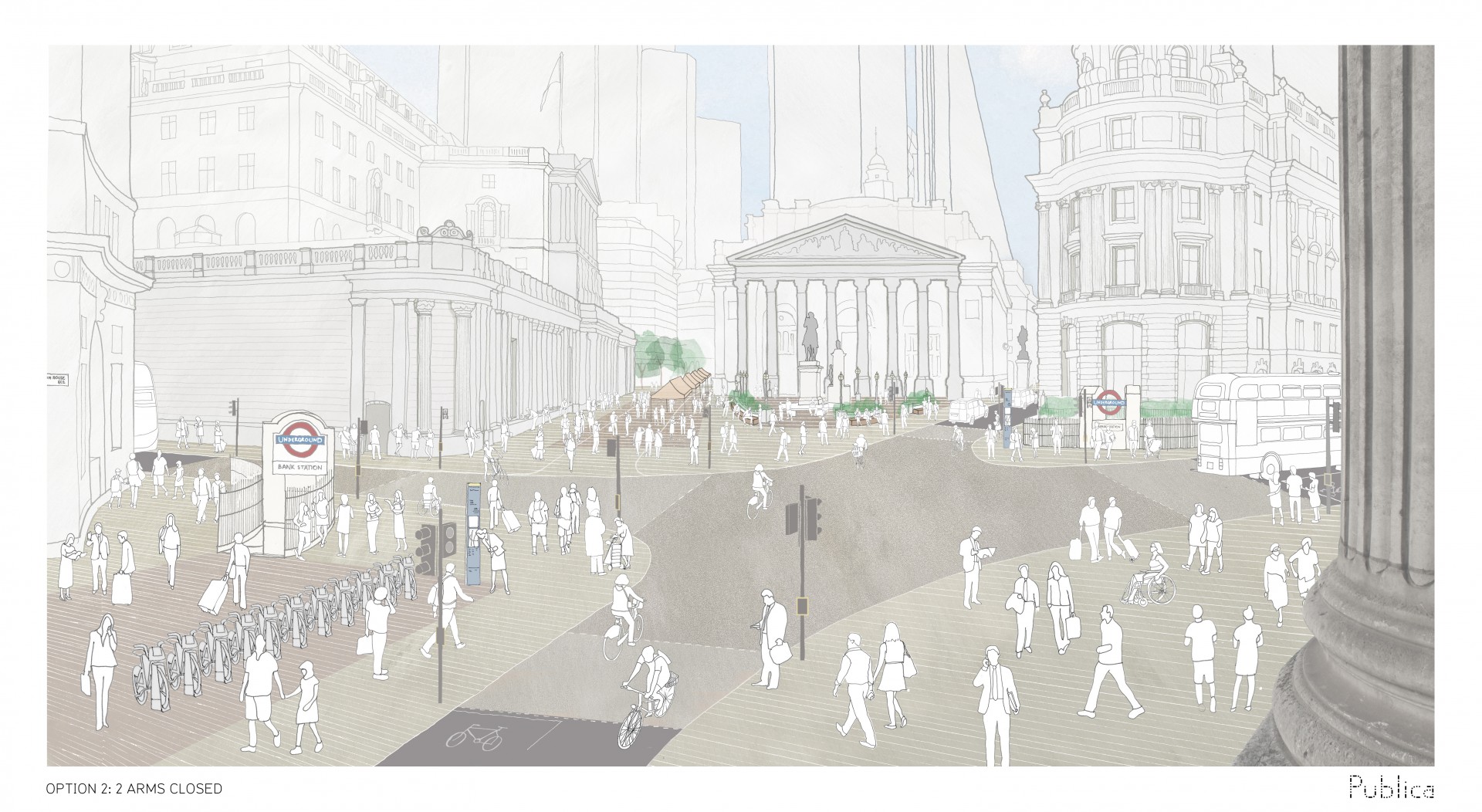 The City of London Corporation’s Planning & Transportation Committee has agreed the first phase of its future vision for Bank junction.

This previous accident hotspot, has undertaken a transformation over the last two years, starting with a safety experiment which was made permanent in September 2018. The experiment saw the number of vehicles reduce from approximately 1,300 vehicles an hour to now allowing only buses and cycles to cross during the restricted period of 7am – 7pm each day.

Elected members have now voted to proceed with the next stage of the long-term transformation.

As part of the ‘All Change at Bank’ project, enhancements will make the junction a walkable, enjoyable space with new seating, and shaded and sheltered areas. The vision looks to retain the ability for some vehicle access, while achieving further restriction of two or three arms of the junction to create an area that prioritises pedestrians and cyclists – in line with the ambitious proposals set out in the City’s draft Transport Strategy.

“Although this image only hints at what the area could look like, it paints a picture of how this iconic junction could one day appear.

“We listened to members of the public, local businesses and other stakeholders as part of our work to create safer, healthier streets.

“Our data shows that the number of pedestrians using the junction has risen in recent years. With the completion of works to upgrade London Underground’s Bank Station due in 2022, these numbers will only increase.

“It is vital that we take the next steps to meet this future demand.”

Proposals for the next phase of work, expected later in 2019, will investigate the future potential for highways alignment, public realm designs and achievable vehicle mix.

The ‘Bank on Safety’ experimental scheme was part of ‘All Change at Bank’, an improvements programme which describes the City Corporation’s broader aspirations and long-term proposals for Bank junction.