That’s Entertainment… In The City! New exhibition of iconic photography featuring The Jam to open at the Barbican 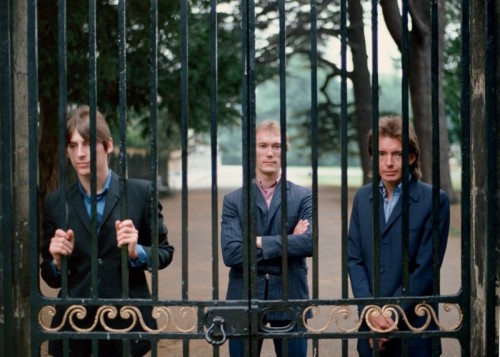 A new free exhibition celebrating the photography of iconic band The Jam opens at the City of London Corporation’s Barbican Music Library on January 14.

Called True is The Dream, it explores the photography of Derek D’Souza, who has captured extraordinary and insightful glimpses of one of the UK’s most revered groups - and its frontman Paul Weller - over four decades.

The band released 18 consecutive UK Top 40 singles, including Down in the Tube Station at Midnight, Going Underground, and That’s Entertainment, achieving four number one hits.

Their number one studio album, The Gift, was released in 1982 – the same year they announced their breakup at the peak of their popularity.

Paul Weller subsequently enjoyed a hugely successful career with The Style Council, and as a solo artist, with songs like You Do Something To Me.

In 1981, photographer D’Souza sent in some photographs he had taken from the audience at The Jam gigs to the band’s fan club.

Paul Weller’s mother, Ann, who ran the club, asked if he could photograph them for their next single, Absolute Beginners.

The shoot was subsequently arranged at 18th century Chiswick House in West London.

The location was carefully chosen by Weller as it was where The Beatles filmed their ground-breaking music videos for Rain and Paperback Writer.

One photograph – D’Souza’s most famous (pictured above) – shows the band behind gate railings in the grounds of the historic building.

Since that career-defining moment, D’Souza has shot hundreds of images of The Jam, The Style Council and Paul Weller. The exhibition features many of these shots.

“This exhibition will celebrate one of the UK’s most revered bands. It’s a truly memorable slice of rock and pop history.

“These photographs are extraordinary glimpses of an astonishing band who, almost 40 years after their break-up, still have a huge influence and loyal following.

“The Jam’s energetic concerts and sound showcased their social awareness, and made Paul Weller a spokesman for his generation.

“We are proud to display Derek D’Souza’s remarkable work as we welcome more and more people back into the City.”

“The Barbican Music Library is a renowned space and I am delighted to see my photographs at such a fantastic location.

“This exhibition features photographs I took of the band on location, performing and relaxing.

“This is a must-see – not just for fans of The Jam - but anyone interested in modern British music history. I am delighted to be working with the City Corporation.”

The City Corporation is the fourth largest funder of heritage and cultural activities in the UK and invests over £130m every year.

In partnership with the Barbican Centre, Guildhall School of Music & Drama, London Symphony Orchestra, and Museum of London, the City Corporation is leading the development of Culture Mile between Farringdon and Moorgate, a multi-million-pound initiative to create a new cultural and creative destination for London.

For more information on the exhibition see: bit.ly/3I3EAvf

Barbican Music Library, which is owned and managed by the City of London Corporation, is a vibrant public library in the heart of the Barbican Centre with books, spoken word recordings, DVDs, CDs and scores available for loan to all visitors. The Library has particular strengths in music (including listening facilities and practice pianos), arts, children's and financial sections, as well as Internet access and self-service photocopying. Membership is available to those who live, work or study in the City of London, and regular visitors to the Barbican.

Barbican Music Library is on Level 2, Barbican Centre, Silk Street, London EC2Y 8DS. It is within walking distance of a number of London Underground stations, the closest being Barbican, St Paul’s and Moorgate. The nearest train stations are Liverpool Street and Farringdon. Bus route 153 runs directly past the Barbican. Free bicycle spaces and paid car parking spaces are available.

That’s Entertainment… In The City! New exhibition of iconic photography featuring The Jam to open at the Barbican