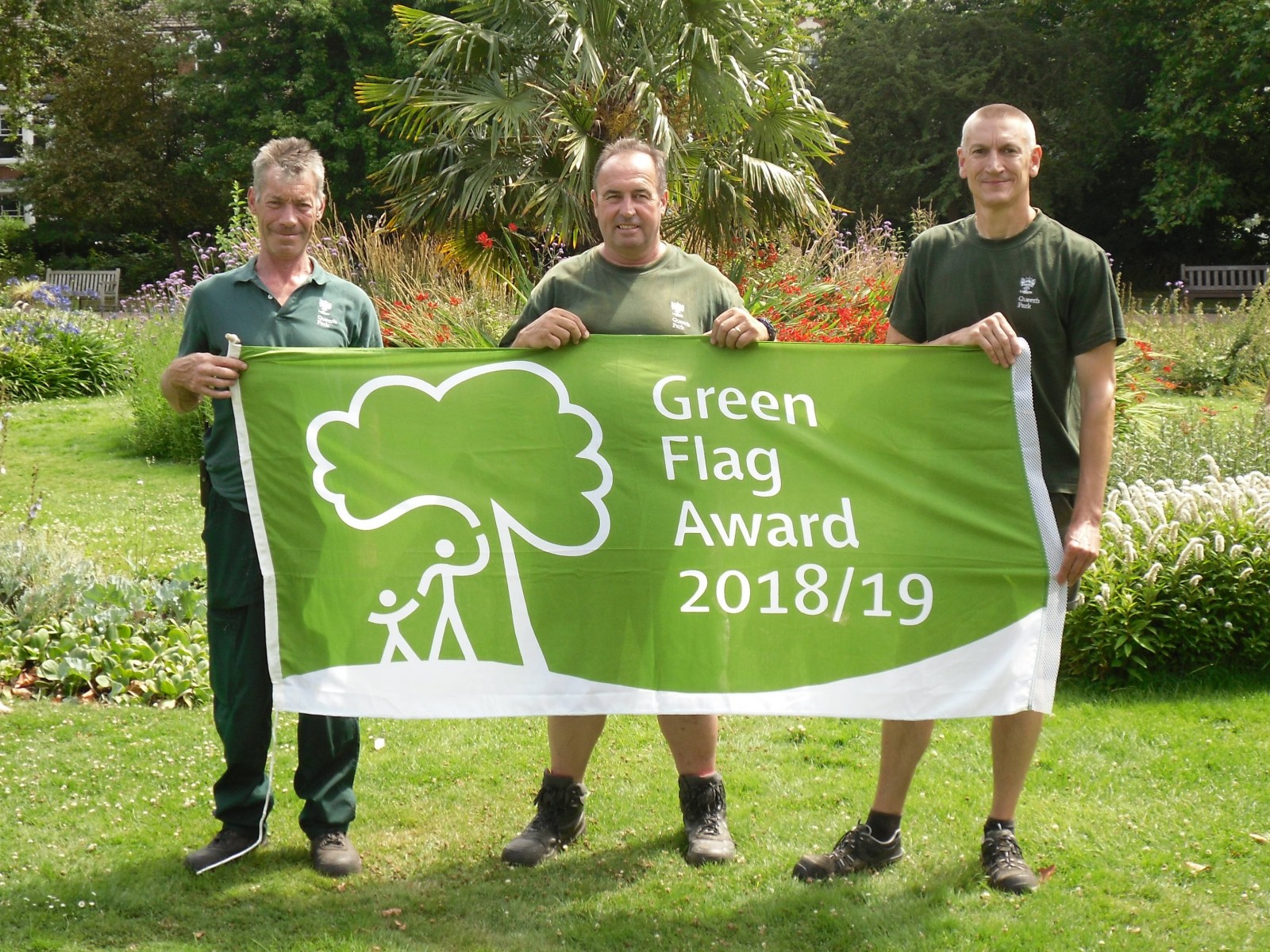 Queen’s Park has been awarded the prestigious Green Flag Award.

Green Flag Awards recognise the best open spaces in the UK, and are awarded by a panel of expert judges for their top facilities and excellent use of green space.

It has also received a Green Heritage Award in recognition of its historic features and the high standard of conservation.

The international award, now into its 22nd year, is a sign to the public that a green space is managed to the highest possible environmental standards, is beautifully maintained and has excellent visitor facilities.

Awards are given on an annual basis and winners must apply to achieve a Green Flag Award.

“Queen’s Park is a green haven in one of the most densely populated parts of London.

“The award represents our efforts to maintain the space as a community hub and its importance to local biodiversity.

“We would not be able to maintain it without the support of our committed staff and enthusiastic volunteers who help to keep the site in peak condition year to year.”

Queen's Park is a 12-hectare park, located in the London Borough of Brent and managed by the City of London Corporation. It has been open to the public since 1887. Facilities on the site include six all-weather tennis courts, a pitch-and-putt course, a pétanque pitch, an ornamental garden, a children's playground with paddling pool, and a café.

The City of London Corporation protects and conserves major green spaces in the Square Mile and across London and south east England – including two ancient woodlands. They include important wildlife habitats, sites of scientific interest and national nature reserves. They are protected from being built on by special legislation.