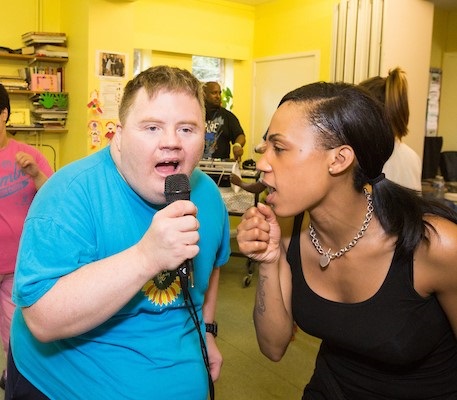 The City of London Corporation’s charitable funder, City Bridge Trust, has awarded a grant of £100,000 to the Kensington & Chelsea Foundation (KCF) to expand its work supporting and strengthening local voluntary groups and residents.

KCF believes that when people think of Kensington and Chelsea, they picture prosperity and privilege, yet the borough has the greatest gap between wealth and opportunity of any area in the UK.

KCF was set up in 2008 and raises support from local people, businesses and schools to improve lives in the Royal Borough.

Since 2008, the charity has raised nearly £4million to improve lives in Kensington and Chelsea. KCF also has its own campaigns which it delivers through local charity partners to address specific issues in the Borough including:

The charity’s current strategy is called ‘Reaching out and Reaching more’. KCF has ambitions to grow its network of supporters - be it individuals, schools or businesses. The grant from City Bridge Trust will mean the charity can focus on extending its business network to encourage more companies to support local charities and residents in need.

“It is great that we are able to support an organisation that is doing its utmost to tackle disadvantage and inequality across Kensington and Chelsea. The support they provide to small charities and local voluntary groups across the borough is invaluable. The foundation has grown significantly over the past eight years and is now helping thousands of people annually through their campaigns and support services.

“Being awarded this grant from City Bridge Trust is fantastic news for us. It means that we will be able to expand our work with local businesses for the next two years, encouraging them to support charities based in this Borough and through them to help improve the lives of local people.

“Our model is to make it easier for businesses to get involved in the community by helping them to make informed decisions about fundraising, in-kind support and giving their time and talents. We believe that there is huge potential to grow relationships between local businesses of all sizes in this Borough to support and enrich the lives of everyone who lives and works here and this grant will help us achieve that.”

City Bridge Trust is London’s biggest independent grant giver, making grants of £20 million a year to tackle disadvantage across the capital. The Trust has awarded around 7,500 grants totalling over £350 million since it first began in 1995. It helps achieve the Corporation’s aim of changing the lives of hundreds of thousands of Londoners.

Last September the Kensington & Chelsea Foundation organised volunteering day for the Finance Team at Capital and Counties Properties Plc, with local charity Equal People Mencap. The main focus of Equal People Mencap’s work is to support people with learning disabilities as well as their families and carers. Each year the charity holds a ‘Fun, Activity & BBQ Day’ for their clients at their premises and in a safe environment. The photograph shows one of the charity’s clients singing karaoke with a member from the Finance team. As well as volunteering, Capital and Counties also donated £1,795 to the charity.