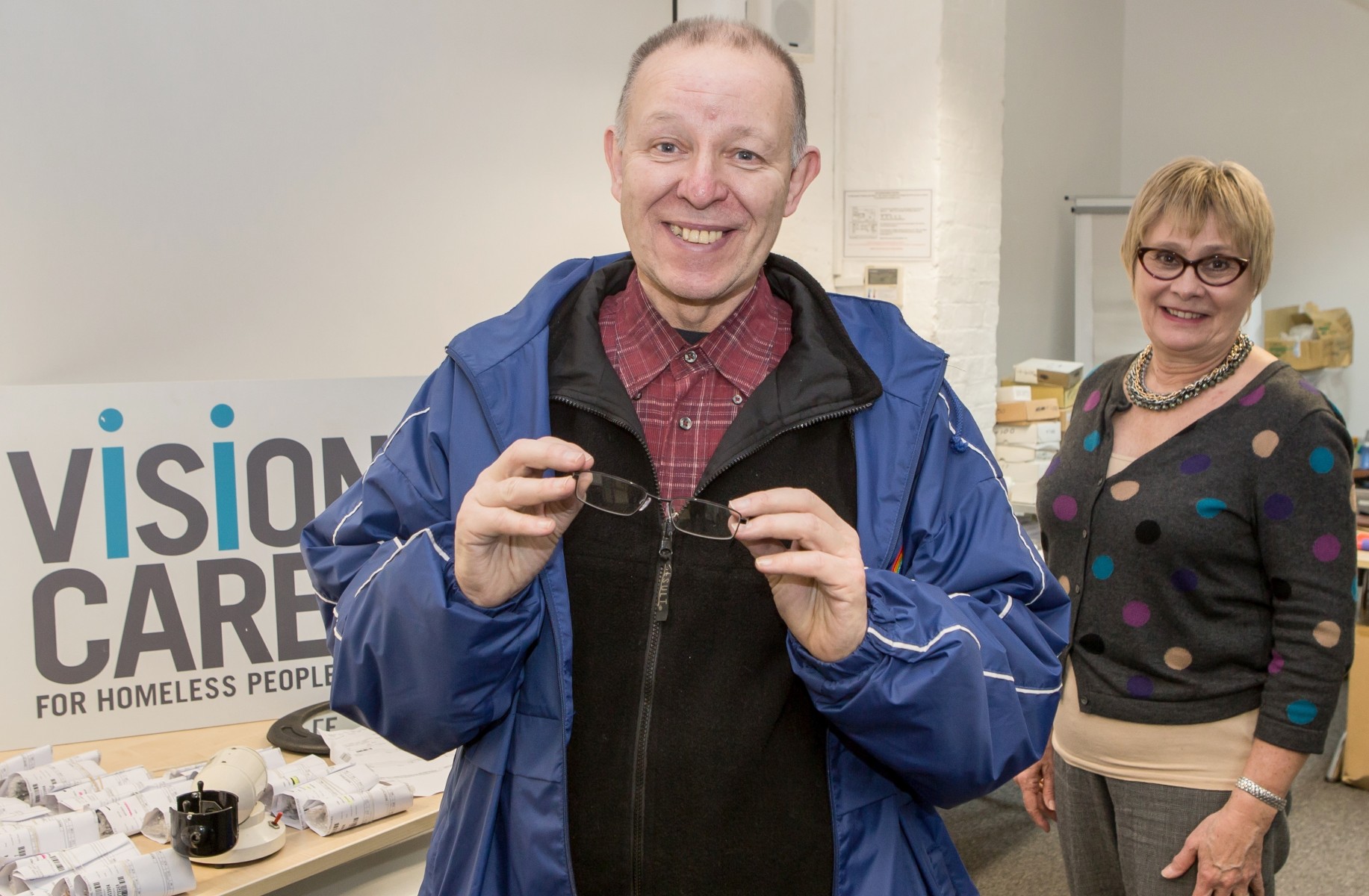 A charity providing free eye care and glasses for homeless people has been awarded a grant to expand its services in London.

The City of London Corporation’s charitable funder, City Bridge Trust, has given £37,100 to Vision Care for Homeless People, a charity that supports thousands of homeless people in London every year with eye care.

The funding will go towards employing new staff to boost its services across London, including introducing mobile clinics to reach more vulnerable people across the capital.

Vision Care for Homeless People, primarily based in Tower Hamlets, ensures impoverished homeless people in London receive the eye care they need- including eye tests and glasses - at no cost.

The charity has three clinics in London, at Spitalfields, Marylebone and Shepherd’s Bush. Each clinic is run by a team of volunteers including an optometrist, dispensing optician and clinic assistants.

Recently, in the course of a week the charity saw a record 353 patients.

Homeless people with eyesight problems need glasses to help with finding accommodation and obtaining or retaining employment. Helping them to stay safe and enjoy every day activities, it is key to them changing their lives.

Vision Care for Homeless People says people living on the streets are particularly disadvantaged when it comes to obtaining eye care, with more than half being ineligible for free eye tests and glasses on the NHS.

“This is a really special charity providing a service that is completely life changing. For someone who is homeless to move forward with their life, they need the tools to do it - and this charity is providing this vital resource.

“Thousands of people are already being helped through this service. But there are more vulnerable individuals who are currently not being reached that would really benefit from this service. Our grant will help to change this.

“Over the course of a year, over 140 volunteers provide the eye care service for which homeless people are so grateful.

“Thanks to the City Bridge Trust grant we will be able to employ a volunteer manager, to support our existing volunteers and also develop our volunteer teams.

“More homeless people will get access to the eye care they need. We make a very significant difference to peoples’ lives with a small income, so the donation will go a very long way.”

City Bridge Trust is London’s biggest independent grant giver, making grants of £20 million a year to tackle disadvantage across the capital. The Trust has awarded around 7,500 grants totalling over £360 million since it first began in 1995. It helps achieve the Corporation’s aim of changing the lives of hundreds of thousands of Londoners.

“I recently met a homeless gentleman in our Shepherd’s Bush clinic. He had had his eyes tested by us the week before and had come to collect his glasses. His poor eyesight was making it difficult to get a job.

“He'd been trying, but when he was given something to read at an interview he couldn't see it properly and got flustered. He'd also stopped using the internet to look for work because it hurt his eyes.

“He was delighted to receive his new glasses and eagerly went off to his next appointment at the Job Centre. We heard from him again a few months later. He had got himself a job and is currently working full time as a kitchen porter in Chiswick.”